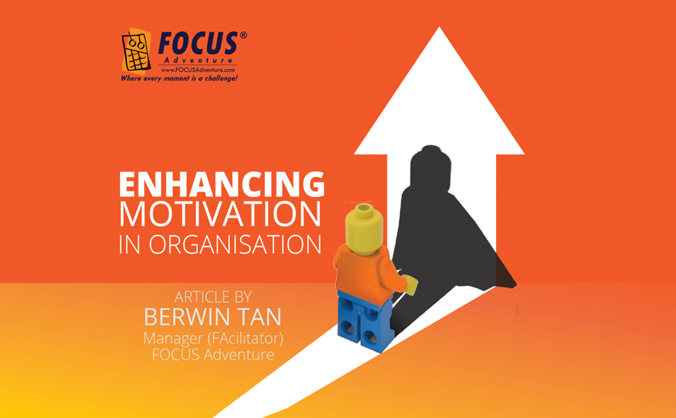 Since January 2020, the World Health Organisation (WHO) declared the outbreak of the coronavirus, also known as COVID-19. It has become a high-risk situation, affecting many countries in the world, even in Singapore. The COVID-19 virus has currently accumulated a total of over 4000 cases, still growing as of April 2020. Many countries have declared a temporary lockdown which has caused inconveniences such as our neighbouring country Malaysia, where the Malaysians who are sole breadwinners of their family have to often travel between Singapore and Malaysia.
Businesses and COVID-19

THe COVID-19 situation has dramatically affected business locally, including entertainment and F&B industries. Despite the efforts of containing the COVID-19 outbreak by WHO and public health authorities, Prime Minister of Singapore, Mr Lee Hsien Loong mentioned that this situation would pro-long for the upcoming months.

Organisations vs Employees during this pandemic

Thus, if we were to look at the situation from a long term perspective, many organisations would continue to suffer more money lost in attempts to cut cost; hence, employees might get pay cut resulting in leaving the company. Now let say if the situation has died down, and business goes back to normal. An organisation that relies on their employees would then face difficulties in slow growth, thus making revenue harder to gain back as it is almost like the company is back to square one. Quoted by WHO, “long term success cannot be taken for granted”. The big question here would be how can both the organisation and the employees play their part in “keeping it together”, be innovative and to come out more prepared for the industry than before?

Productivity and effectiveness through motivation

Motivation is one of the crucial topics to answering the question as we look into the mindset of employees. Motivation also to enhance the productivity and effectiveness in the organisation by understanding what gets them going. This article aims to shed some light using Herzberg’s two-factor theory to understanding the importance of motivation in employees concerning maximising effectiveness in the organisation.

Correlation between motivation and productivity

In an organisation, your team is one of your most valuable assets, and it is also known to be one of the most significant resources. Without it, the business might not function; hence it is essential that employees feel encouraged and inspired (Jackson, 2020). Research has shown that satisfied employees tend to be more productive, creative and committed. Recent studies revealed a direct correlation between the satisfaction of staff and patient. To have hard-working individuals, we need to create a work environment that will attract, motivate and retain hard-working individuals, thus having more advantages in succeeding in terms of quality of service and cost-efficiency (Syptak, Marsland, Ulmer, 1999; Fisher, 2009).

While there is no one right way to manage people, all of whom have different needs, ethnic backgrounds and expectations. However, the Herzberg’s two-factor theory offers a reasonable starting point. In the late 1950s, Frederick Herzberg, considered by many to be a pioneer in motivation theory. His two-factor approach on motivation is based on the two dimensions, namely job satisfaction (motivating factors) and job dissatisfaction (hygiene/maintenance factors). 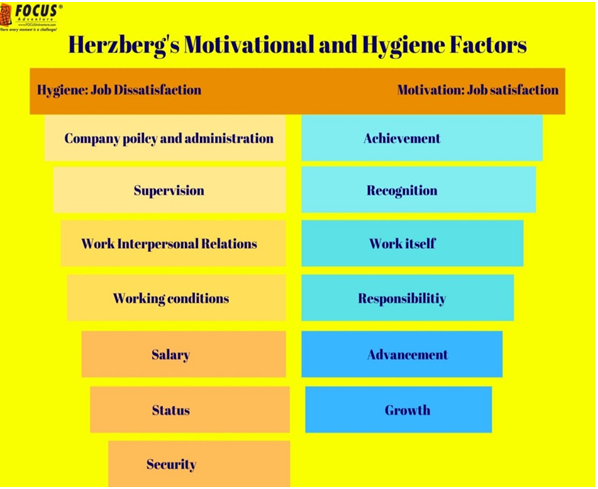 ‘Hygiene factors’ are categorised as dissatisfaction, but this does not imply that by removing any of the items listed in this category would create resentment. According to Herzberg, hygiene factors meant that items in the category decrease employee’s dissatisfaction within the work environment. However, things like supervision or status do not act as a motivator but only minimises dissatisfaction. Hence creating an environment that promotes a trusting relationship, would develop employees who are more motivated, productive and fulfilled (Kaldenberg, Regrut, 1999).

Studies have shown that when employees are treated well and trusted by their supervisor, they reciprocate by exhibiting higher levels of work performance as more vigorous efforts are generated to completing work tasks and show higher extra-role performance. Trust in supervisor is also known as an essential mediator on the relationship between leadership behaviour and job performance (Qing Miao, Newman, Xu Huang, 2014).

Enabling others to act

Trust is also about allowing employees to take on important roles and to be involved while having a voice in decision-making that may affect their work and personal development. Trust is also about enabling employees taking on the part to make changes in systems or processes in the organisation (Dirks & Ferrin, 2002). Alex Png, a global HR leader (Feb 2020) wrote an article about ‘people-first, process-last’ approach. This approach would guide and determine decisions in the face of uncertainty, which works well with dynamic environments that require arrangements that needs to be made, for example; a front-line staff (Ang, 2020).

Finding the fire within

Herzberg state that ‘motivating factors’ such as recognition and achievement, suggested to make employees more productive, creative and committed. Quoted by Stephen R Covey, “Motivation is a fire from within. If someone else tries to light that fire under you, chances are it will burn very briefly”. Motivating it is not just from the organisation efforts but also the employees themselves. Hence, to feel engaged and motivated, employees must first remember what they love and enjoy about their work to perform better. To answer the question, employees might involve taking a step back and asking themselves what contribution they can make to the organisation (Locke, 1976; Fisher, 2009).

Identify with the organisation

When employees think about their contributions, they enforce their identity and status within the organisation which would then incline to the input to the goals of their department (Fisher, 2009; Hanid, Yahya & Pang, 2010). Although in some studies, individuals are motivated by goals only when their values are congruent with the benefits of the organisation (Syptak, Marsland & Ulmer, 1999; Achim, Dragolea, Balan, 2013). Pleasant interaction with others would also associate with positive emotions resulting in a positive attitude through the employee’s perception of their environment. It also links to having good feelings experienced through achievements, for example; overcoming a challenge, growth or recognition, similarly to Herzberg’s two-factor theory (Fisher, 2009). Fisher (2009) also mentioned that apart from trust, another factor that makes people happy is recognition.

Recognition is as one of the most critical roles leaders can undertake as it acknowledges the very core of the employee. A study was done to analyse the motivation through employee’s perception and how it reflects their current work. Questions such as ‘Do you consider that your job fulfils all of your needs’, ‘Do you think that there is a motivational and recognition system based on objective criteria’? Etc. 60% of them felt that there was no system of recognition in their company. Recognising the hard work an employee puts in, is crucial as they would feel valued and appreciated, therefore increasing overall happiness (Locke, 1976; Achim, Dragolea and Balan, 2013).

Dr Ashley Whillans in behavioural science from Harvard Business School (2019) wrote an article enforcing this idea as what matters in the workplace is helping employees to feel appreciated. She quoted that “appreciation is a fundamental human need. Employees respond to appreciation expressed through recognition of their good work because it confirms their work is valued by others”. Appreciating employees is congruent to another theory which most business field may be familiar with, which is Maslow’s Hierarchy of Needs. In the picture below, recognition is categorised as a psychological need. 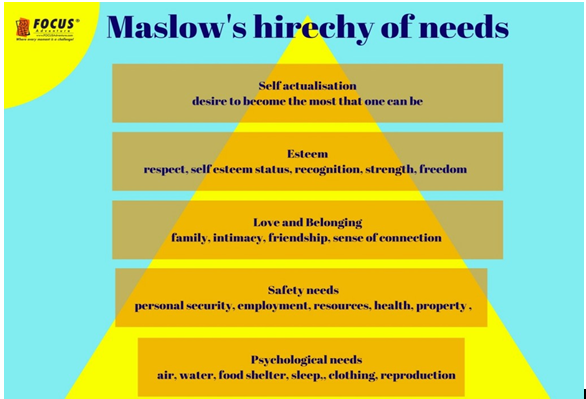 The need for recognition

Everyone has that need to be recognised regardless as an individual or a member in a group. The sense of achievement for the work well done or even a simple ‘pat on the back’ to feel suitable for the effort placed. Hence, employers can look into identifying the opportunity to praise and of course the act of physically acknowledging them on their excellent work (Fisher, 2009; Whillians, 2019; Ponta, Delfino, Cainarca, 2020).

Recognition in the form of positive reinforcement

Recognition can be given through positive reinforcement such as being rewarded for accomplishing a challenging task/event, benefits, time off from work for the frequency of such positive behaviours (Locke, 1976; Ponta, Delfino, Cainarca, 2020). The positive reinforcement is also similarly related to another theory by B.F Skinner’s Operant Conditioning. Where positive reinforcement also aids in increasing motivation and productive towards short term goals and long term goals best known when targeted towards the individual as opposed to examples like ‘Buy drinks for everyone’ (Locke, 1976; Achim, Dragolea and Balan, 2013; Ponta, Delfino, Cainarca, 2020).

Organisations and Employees to work hand in hand

The saying goes “it takes two hands to clap”. Likewise, in an organisation, both the employee and the employer or supervisor need to work hand in hand. To create a work environment to be safe in terms of being open, respectful and fair would attract, motivate and retain hard-working individuals thus succeeding in the quality of service and cost efficiency which in turn benefit the organisation in the long run (Syptak, Marsland, Ulmer, 1999; Fisher, 2009).

There are still many theories and many factors that can be looked into when it comes to enhancing motivation. Everyone has to be clear of the vision and aligned with the values. Another way is also to set tangible and specific goals, such as proximal goals. Proximal goals provide short term marker for the individual’s progress towards a distal goal which is what needs to be achieved in the long term, example; progression of position in the company would also lead to higher performance. With the combination of operant theory, goal setting, rewards and recognition plays essential factors in enhancing employee job satisfaction and work motivation. 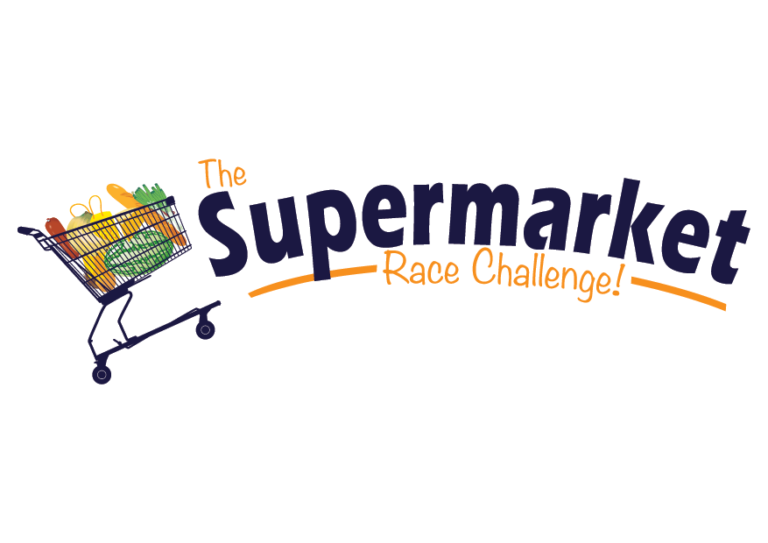